The Tribulation has already started.

Counting from the day that the Rapture took place, you’ve got about 3.5 years to “make hay while the sun still shines”.

If you’re still reeling from that mind-blowing, gut-wrenching disappearing act of millions of people, then shake it off.

This is tough-love talking: snap out of it and get it together.

You don’t have much time and there’s a lot to do before life suddenly gets a lot crazier and a lot worse than it is right now.

Tensions are about to reach new levels across the globe.

It’s a day like any other, at least in the way it has been since the Rapture shook the world. Birds may be dropping dead out of the sky because of the 5G towers, but some of them are still singing. The sky is still blue in most parts of the world and the sun still shines in places despite the heightened frequency and intensity of natural disasters everywhere. And sure, to be fair, there isn’t much sky to be seen lately (even on the good days) what with all the drones and surveillance devices flying around to ‘keep the peace’ all the while tracking everyone’s movements.

But it’s all good, it’s all okay because even though life has been through a couple of cycles of being turned upside down, there’s this new leader who has shown up and he’s sorting it all out. He’s got answers and he’s bringing order out of the chaos.

A new world order, to be precise.

You may weep into your pillow every night but soon – soon everything will be tickety-boo again. ‘Right as rain’. Sorted.

Human beings are strong. They’re survivors – always have been. Time heals all wounds. The sun will come out tomorrow . . .

However, before the dust even settles on this post-Rapture world, there is a moment, a happening, an occurrence that tips the scales again in favour of chaos.

The Christians may be ‘out’ and the Devil in disguise may be ‘in’  but God’s Word is eternal and He’s not going anywhere. And just like that, “in the twinkling of an eye”, much like the Rapture, this new leader, the Antichrist, takes off his mask and shows the world who he really is and what he is really all about – all wrapped up in a moment that was prophesied about in the end of the world Bible verses written thousands of years before.

Daniel 11:31  His (the Antichrist’s) forces will rise up and desecrate the temple fortress. They will abolish the daily sacrifice and set up the abomination of desolation.

The abomination of the what-now?

The long-awaited Jewish Third Temple has finally been built. Priests are making sacrifices there just like in Old Testament times. According to the Jews who rejected Jesus, their ‘Messiah’ has finally come and set all things to right.

The Antichrist – this false Messiah – tolerates these Temple practices for a few years.

But then one day after a nutritious breakfast and a little ‘me’ time, he decides to hike up his silk pants, crack his knuckles and put his butt-kicking super-cool Chopard sunglasses on. He then saunters into the temple, has a little sit-down and sniffs, saying: “You know what guys, time’s up. You won’t be sacrificing to your God anymore ‘cause – by the way – I’m God and it’s time to start worshipping me.”

2 Thessalonians 2: 3-4   . . . that day will not come until the rebellion occurs and the man of lawlessness (the Antichrist) is revealed, the man doomed to destruction.  He will oppose and will exalt himself over everything that is called God or is worshipped, so that he sets himself up in God’s temple, proclaiming himself to be God.

Friends, this IS the end of the world event according to the Bible – that big moment – which will signify the start of the Great Tribulation and the worst time that the inhabitants of the world will ever know.

It’s not until this proud display, this cocky performance is played out that the left behind really find out the meaning of Apocalypse.

If ‘Mr. Communism’ and ‘Miss Fascism’ were to marry and have a baby (for they would surely never have a child out of wedlock), then the product of their union would look pretty much like the Antichrist – just born, fighting fit, with an ear-piercing, bone-chilling, nails-down-the-chalkboard cry supported by lungs of steel and a heart as hard to match.

Once Mr. “I Want It All” – this demonic man-child – admits his real agenda then everything gets taken up a notch with the introduction of the Mark of the Beast.

Revelation 13:16-18   It (the Antichrist) also forced all people, great and small, rich and poor, free and slave, to receive a mark on their right hands or on their foreheads, so that they could not buy or sell unless they had the mark, which is the name of the beast or the number of its name.

This calls for wisdom. Let the person who has insight calculate the number of the beast, for it is the number of a man. That number is 666.

The mandate to worship the Antichrist is entwined to whether or not a person can live or not! No worship? No purchases. No submission? Death.

It says in the Bible that as soon as the abomination of desolation occurs, “let those who are in Judea flee to the mountains” (Matthew 24:14-16), because, many who refuse to worship the Antichrist will either be starved-out or hunted down and killed (Revelation 13:15; 20:4).

“Flee to the mountains.”

Get out of town.

Get off the grid.

Despite this whole resurgence of Hitler ‘take two’, there will be people who will survive and make it through to witness the Second Advent of King Jesus to the earth.

So how long will it be before He returns?

Daniel 12:11   And from the time the daily sacrifice is abolished and the abomination of desolation set up, there will be 1,290 days (3.5 years).

As we studied earlier, about halfway through the Tribulation (3.5 years), the Antichrist has a sudden change of personality. He revokes the peace treaty and waltzes into the Temple . . . and well, you already know the rest.

Daniel 9:27   He will confirm a covenant with many for one ‘seven’. In the middle of the ‘seven’ he will put an end to sacrifice and offering. And at the temple he will set up an abomination that causes desolation, until the end that is decreed is poured out on him.

And so after the Temple fiasco, there will be only another 3.5 years until Jesus arrives on the scene.

3.5 years to prep for the Great Tribulation.

Another 3.5 years of the Great Tribulation.

Clear as mud? Hopefully not.

You don’t want to take the Mark of the Beast. There’s no point in trying to be politically correct at this stage: YOU DO NOT WANT  TO TAKE THAT MARK.

It’ll end up making you very sick and it will take your soul so that you won’t even be able to receive God’s forgiveness anymore. Your spiritual destiny postmortem will imprisonment in Hell – with no possibility of parole.

So if it’s in your power – prepare! Become a ‘prepper’.

Pretty soon after the Antichrist’s ‘day out’ at The Temple, no one will be able to buy or sell without the Mark.

That day you’ll need to smash your phone – since it’s the easiest way for them to track you – grab your loved ones, kiss the 21st-century goodbye, and run! 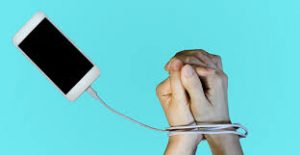 Dear Reader, if ever there was a time on earth to look to God for provision – for help, wisdom and guidance  – it would be during the Tribulation.

God’s Word is replete with end of the world Bible verses that warn and shed light on this troubled time on earth.

He hasn’t left the scene. He’ll gladly help you: “If any of you lacks wisdom, you should ask God, who gives generously to all without finding fault, and it will be given to you” (James 1:5).

You only have to ask.

The fact is, God is already providing for you right now. He’s brought you to this site. He’s speaking to you and giving you a nudge.

Don’t waste your time trying to find the meaning of Apocalypse.

Instead, let it be a catalyst that spurs you on to discover the other things that the Bible has to say about this time on earth.

Prep well by looking into this site before you don’t have access to the internet anymore. Read and watch everything! Download and print helpful pages.

Check out all the useful links that are on this site too.

But friend, don’t just stop there. Get that portable Bible out.

Find instead the Person behind the words; the Author who wrote about all this to forewarn you.

Matthew 10:28   Do not be afraid of those who kill the body but cannot kill the soul; rather be afraid (have a reverent fear) of God, who can destroy both body and soul in hell.

Mark 8:36   And what do you benefit if you gain the whole world but lose your own soul?

No matter where you end up or how things turn out for you in this life realise that there is a refuge, THE refuge – a true place of safety eternally found, only in Jesus Christ.

The Great Multitude in White Robes

After this I looked, and there before me was a great multitude that no one could count, from every nation, tribe, people and  language, standing before the throne and before the Lamb. They were wearing white robes and were holding palm branches in their hands. And they cried out in a loud voice: “Salvation belongs to our God, who sits on the throne, and to the Lamb.”

All the angels were standing around the throne and around the elders and the four living creatures. They fell down on their faces before the throne and worshipped God, saying: “Amen! Praise and glory and wisdom and thanks and honour and power and strength be to our God forever and ever. Amen!”

Then one of the elders asked me, “These in white robes—who are they, and where did they come from?”

And he said, “These are they who have come out of the great tribulation; they have washed their robes and made them white in the blood of the Lamb. Therefore, they are before the throne of God and serve Him day and night in His temple; and He who sits on the throne will shelter them with His presence. ‘Never again will they hunger; never again will they thirst. The sun will not beat down on them, nor any scorching heat. For the Lamb at the centre of the throne will be their Shepherd; He will lead them to springs of living water. And God will wipe away every tear from their eyes.’